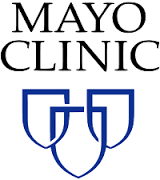 To address widespread concerns regarding the medical condition of testosterone (T) de?ciency (TD) (male hypogonadism) and its treatment with T therapy, an international expert consensus conference was convened in Prague, Czech Republic, on October 1, 2015. Experts included a broad range of medical specialties including urology, endocrinology, diabetology, internal medicine, and basic science research. A representative from the European Medicines Agency participated in a nonvoting capacity. Nine resolutions were debated, with unanimous approval:

THE SYMPTOMS AND SIGNS OF TD OCCUR AS A RESULT OF LOW LEVELS OF T AND MAY BENEFIT FROM TREATMENT REGARDLESS OF WHETHER THERE IS AN IDENTIFIED UNDERLYING ETIOLOGY
The clinical manifestations of TD arise as a direct result of low circulating androgen concentrations. Diminished T concentrations may occur in the presence of known underlying conditions or in association with comorbidities such as diabetes and obesity, or the cause may be unknown. A state in distinguishable from TD can be reproduced in healthy volunteers by pharmacologically lowering serum T levels.
Resolution of signs and symptoms consistent with TD occurs with restoration of normal testosterone concentrations… The clinical response to T therapy appears unrelated to underlying etiology. Indeed, all modern T trials are comprised of large majorities of men without classical hypogonadism because those historically recognized conditions are rare. The recently published Testosterone Trials, the largest randomized controlled trial (RCT) to date, found considerable bene?ts of T therapy in a population of men without classical hypogonadism. Thus, there appears to be no scienti?c basis to recommend restricting T therapy only to men with an identi?ed underlying etiology, although there is value in attempting to identify such conditions when possible.

Three key concepts aid understanding the usefulness and limitations of serum T concentrations in men: (1) different intra-individual thresholds exist for various TD symptoms and signs, (2) there is substantial inter-individual variability in T thresholds for the same symptom or sign, depending in part on the functionality of the androgen receptor, and (3) variability in SHBG concentrations among individuals in?uences the concentration of free T for any given total T concentration. The diagnosis of TD should include assessment of the entire clinical presentation, aided by biochemical tests. The rigid application of a uniform total T concentration threshold for all individuals as the primary instrument to diagnose TD lacks a scienti?c foundation and is discouraged.

THERE IS NO SCIENTIFIC BASIS FOR AGE-SPECIFIC RECOMMENDATIONS AGAINST THE USE OF T THERAPY IN MEN
Although it is commonly asserted that T levels decline with age, data from the European Male Ageing Study and other sources reveal that age alone is associated with little decline in mean total T levels in men aged 40 years to more than 75 years, with much of the observed decline attributable to comorbidities, including increased BMI. Free and bioavailable T concentration’s decline more rapidly than total T levels, in large part due to age-related increase in SHBG. Age is not a speci?c risk factor for TD, and the term age-related hypogonadism is therefore misleading. Most men, even at advanced ages, maintain T levels within the normal reference range. However, comorbidities such as obesity, diabetes, and other chronic conditions are associated with a high prevalence of reduced T levels, often associated with signs and symptoms of TD, irrespective of age. The clinical and physiologic responses to T therapy have been documented in both younger and older men

(7) the evidence does not support increased risks of cardiovascular events with T therapy– Two recent observational studies reporting increased CV risks with T therapy received intense media attention. However, neither provided credible evidence of increased risk. The ?rst underwent 2 of?cial corrections: one for misreporting its results, which actually showed an approximately 50% lower absolute rate of adverse CV events in men who received a T prescription compared with untreated men, and the second for large data errors, including that nearly 10% of its all-male data-base was comprised of women. The second study had no control group, so it is unknown whether CV events (nonfatal MI in that study) differed between treated and untreated men with TD.

(9) the evidence supports a major research initiative to explore possible bene?ts of T therapy for cardio-metabolic disease, including diabetes. These resolutions may be considered points of agreement by a broad range of experts based on the best available scienti?c evidence.

Of importance, the panel had broad representation by medical specialty and geography, and each participant had extensive clinical or research experience with T or related ?elds. In many cases, participants were leading ?gures in their countries or regions on the basis of their acknowledged expertise. Because it is often challenging to reach agreement among experts on any topic, especially a topic as controversial as TD and T therapy, the unanimous support for each of these resolutions may be interpreted as indicating that the science and clinical evidence behind these resolutions is strong and well established

FOR FULL UNABRIDGED ARTICLE INCLUDING TABLES, PLEASE ASK A PROVIDER.